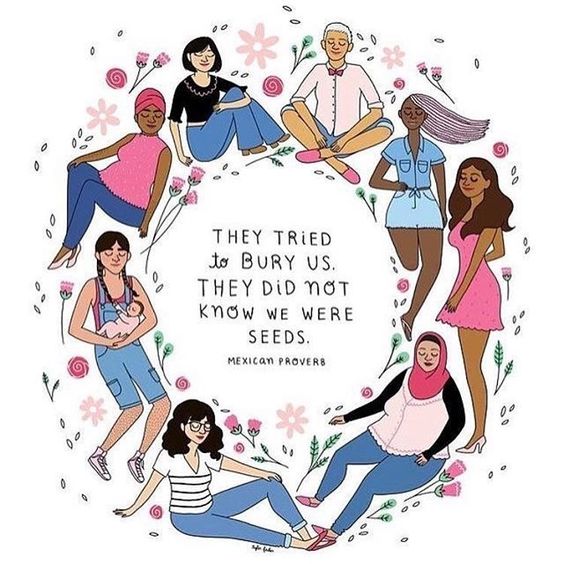 There’s this boy in my grade who has become quite notorious, or at least in my eyes, for his digusting, objectifying comments about women, about girls. He’s in my maths class, so I end up hearing a lot of what he has to say. He has a friend who thinks it’s funny to make rude motions behind the the teachers’ back. He must admire him, because he started doing it too.

I was in line one day last week, waiting to go to my english class. He was behind me, a tall, looming, big, maori boy. Not that I really cared. I was having a conversation with a good male friend when he suddenly stopped talking, and laughed. Some sort of disbelief mixed with genuine laughter. “Do you know what so and so is doing behind you?” I turn around. He’s just standing there. I turn back around, and all the boys laugh. “I’ll tell you in class.” my friend whispers, smiling. As it turns out, he’d been pretending to slap my butt. Multiple times.

It was a tiny bit funny, but not in the way you’d think. And it prompted me to think.. “wow, that didn’t make me feel great. or even like a person, really.’ ‘

‘What can I do about that?’

Well, it has to be something.

Because I don’t want to live, nor have my generations live in a world where being a girl is the highest form of insult. Where we are objectified to that point that we feel ashamed to go out wearing anything that may be deemed revealing, in case we get called sluts. But, dressing modestly makes us prudes. Where we are expected to need men/ boys to save us, to help us, to be with us, to protect us, to fix our cars and mow our lawns..

Feminism is an equal rights movement that aims to remove the disparities between genders, including those of people with non binary gender indentities. For example, the wage gap,As of today, Australia’s national gender pay gap is sitting at 15.3%. There is even more of a difference for women- and people, of colour.

Perhaps, the saddest part of all is that this happens a lot. It is common and ingrained in our society. Subtle and not so subtle sexism, I mean. There’s this girl in my grade who refuses to shave her legs. I have judged her in the past, and I still can’t wrap my head around why she doesn’t seem to care, but I no longer make it my problem. I choose to shave my legs, but that’s my decision. Do what makes you feel empowered, and do it for you.

An interesting point: there isn’t a male equivalent to the word ‘slut’ or ‘whore’, or anything like that. Not that it’s a nice word, and should even be used on anybody, but consider that.. us women, us girls; that’s not us, and yet, that’s what we’re sometimes made out to be.

Even things our parents, our friends, our teachers, do, can be offensive. In Year Seven, there was this very odd boy who liked me. He found out one day, that a girl in our grade had upset me, and so he took it into his hands to punish her.. he told me what he’d do by means of ‘demonstration’, pushing me under a small table, one hand over my mouth, the other groping me. There was no space to move, or words to escape my lips. I came out soon after, and all the boys laughed. He kept following me. And then there’s the boy who likes porn so much he tries to watch it in English class. Who thinks all girls will fall at his feet, drooling over his abs. No chance.

An angle not commonly discussed within this issue is animal rights being a feminist issue. It is wrong, in this day and age, to box up this issue and whittle it down to one particular thing. We must consider all.

[I encourage you to visit this link to understand better]

“Animal rights is a feminist issue. There, I said it,” wrote Aph Ko, a contributor to Everyday Feminism. For Ko, the exploitation of animals’ lives and bodies parallel the feminists’ fight against the patriarchy’s general dismissal of women’s rights to their own bodies. She points out that many women, especially feminists, are very aware of the objectification rhetoric concerning the portrayal of women’s bodies in the media.

Many times, women are reduced to accessories in male-centered stories. “

I wrote this post today because I believe that it needs to be talked about. This isn’t the first time I’ve opened myself up to criticism or mentioned ‘the unmentionable’, and it certainly won’t be the last.

38 thoughts on “feminism. empowerment. for. everybody.”

welcome to infinitelyadaydreamer and I hope you'll stay a while xx